Join us on June 25th, 2022 for the biggest, brightest, and loudest fireworks and concert show ever in DABA history! The biggest firework show deserves the biggest names in music. Headlining this year is GENERATION RADIO featuring band members from Journey, Rascal Flatts, and Chicago! Come join us for a FREE event designed for the whole family.

No Pets, personal coolers, or tents allowed at the event.
Public safety drones will be in use during the event.
Bags will be subject to search upon entry.

From Rock & Roll to the broken roads, the journey that led them to become… Generation Radio. Made up of musical legends – two-time Grammy Award winning Jay Demarcus of Rascal Flatts, former lead vocalist and bass player of the multi-platinum band Chicago for over 30 years, Jason Scheff, and Steve Ferrone, drummer of Tom Petty & The Heartbreakers are joined by Kenny Loggins guitarist, Chris Rodriguez and Rascal Flatt member, Tom Yankton. In the beginning of 2020, the band got together with the intent to form a supergroup with a purpose – to bring 80’s rock and classic music back to life. 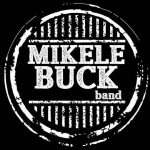 Mikele Buck was born in the hills of West Virginia, where his family was steeped in the traditional music of the Appalachians. He played drums in rock bands through most of his high school days and picked up guitar after graduation. His original songs are a blend of all his musical influences, including Steve Earle, Garth Brooks, Travis Tritt and Red-Dirt artists like Randy Rodgers Band and Reckless Kelly. After returning from the Iraq war in 2005, Mikele record his first CD in Nashville and established The Mikele Buck Band near Greenville NC. After competing on the Voice 2018, Mikele’s song releases have been pouring through car speakers all over the US, with the crowd favorites ‘With Me Now’ and ‘In Came You’ at the helm.